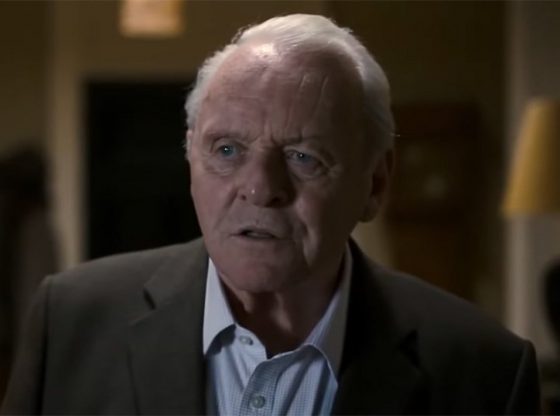 Nominations for the new Anthony Hopkins film, The Father are pouring in from all over the entertainment industry. The film, which is based on an award-winning play, has just been nominated for four Golden Globe and two Screen Actors Guild (SAG) Awards and has already won the coveted Audience Award at the San Sebastian Film Festival in 2020.

Florian Zeller’s debut motion picture (as director) is an accurate and somewhat unsettling account of both what it is like to love someone with dementia, and what it is like to live as someone with dementia. It not only received a Golden Globe nomination for Best Motion Picture Drama, but Zeller and his long-time collaborator – Christopher Hampton – also bagged a nomination for Best Screenplay.

Hopkins is also expected to receive a Best Actor Academy Award nomination later this year for his devastatingly emotive performance.

The story, that starts out as a simple drama about a middle-aged daughter who is losing patience with her elderly father who refuses to allow a carer to look after him as his grip on reality is fading, is deliberately told through the eyes of the elderly father, whose life has become a source of ever-disorienting confusion. With the characters and locations constantly shifting – resulting in the viewer feeling as confused as Anthony is. It is disorienting and surreal, but it speaks volumes to living with dementia.

Hopkins and Colman are supported by an excellent cast, including Mark Gatiss, Imogen Poots, Rufus Sewell and Olivia Williams.

The Father offers a heart-rending account of what happens when a relationship, which has functioned in a certain way for decades, suddenly changes, but also celebrates the unbreakable bond between parent and child.