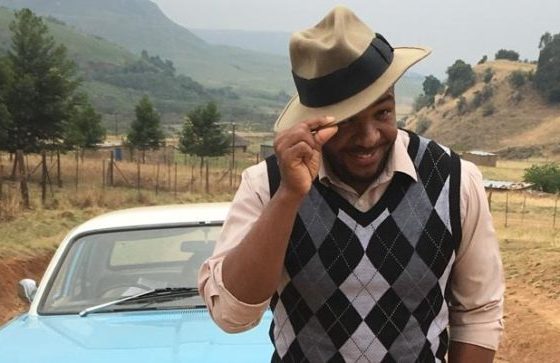 ‘The Letter Reader’, director Sibusiso Khuzwayo’s story of Siyabonga, a 12-year-old boy from Johannesburg who is sent to a village in KwaZulu-Natal, is now available on both Netflix worldwide and Showmax in Africa.

When South African icon John Kani tweeted that ‘The Letter Reader’ ‘is indeed a beautiful film, truly an African story’, it confirmed the uniqueness of this short film. It won the Shnit Worldwide Short Film Festival Best Short (South Africa) in October 2019, as well as the Golden Horn Award for Best Short Film. The film is produced by the Ergo Company, the team behind ‘Mrs Right Guy’, ‘The Tokeloshe’, ‘Dora’s Peace’ and Love By Chance’.

“Everyone who believed in the film and the filmmaker Sibusiso Khuzwayo felt that their sacrifices were well worth it,” says producer Cati Weinek. “Short films don’t always get seen on our screens as they are perceived as calling cards for new directors, but this beautiful tale been sold to major streaming platforms.”

The film’s journey began four years ago when Khuzwayo finished writing the script, supported by his mentor Marina Bekker, and sent it to producers Dumi Gumbi and Cati Weinek, who guided the strategy for fundraising, packaging the film, its talent and crew.

The film was shot by award-winning director of photography, Lance Gewer, in October 2018 near Bergville with funding from the KwaZulu Natal Film Commission and the National Film and Video Foundation. Khuzwayo believes once the film gained funding from these bodies, they championed the film because of the nature of its story. The story was inspired Thabo Mbeki’s biography, ‘The dream deferred’ by Mark Gevisser.

Siyabonga is dispatched to his grandmother while his parents are sorting out their marital problems. But the city boy is not accustomed to doing household chores, and he struggles to adapt to life in a rural village with his grandmother.

Then he discovers the power of words as he reads letters that put a smile on people’s faces, until one day, a letter with bad news lands in his hands. It is addressed to Nobuhle, the beautiful 25-year-old wife of a migrant worker living in Johannesburg.  Siyabonga takes one look at her and falls in love. Although Nobuhle waits anxiously to hear word from her husband, Siyabonga realises that he can’t bring himself to break her heart and decides that she deserves better.

Though the film cannot be screened in cinemas during the pandemic, Khuzwayo is determined that it will one day be seen by its original and first audience. “When we were filming in the village up in the mountains, I realised that I had written this film as a homage to the spirit, love and grit I saw around me in the people of that village, so I want to go back into these communities to show my film,” he says. “Once the peak of Covid-19 is over, the film team will be returning to screen it in communities around KwaZulu Natal.

Khuzwayo’s future is looking bright. In Los Angeles, the film won a YouTube short film competition titled ‘I am Africa’.