‘Barakat’ Wins Award at Reel Sisters of the Diaspora Festival 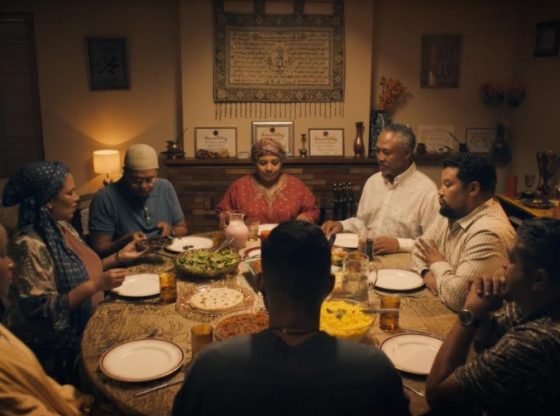 ‘Barakat’, the first Afrikaans language Muslim feature film to be produced in South Africa, has won the Best Narrative Feature award at the 23rd Reel Sisters of the Diaspora film festival, which is screening 90 films this this year. The festival kicks off on 24 October and the awards ceremony will take place virtually on Tuesday, November 17.

‘Barakat’ is directed by Amy Jephta and produced by Ephraim Gordon, co-founders of production company PaperJet Films. The film, which looks at the question of how a family moves on after the death of a father, is scheduled for release in cinemas in South Africa in May 2021 and will be distributed by Indigenous Film Distribution.

“The Reel Sisters Festival is dedicated to showcasing women’s experiences from a global perspective,” says Jephta. “It celebrates the art of filmmaking by women of colour and offers a glimpse into the often missing, historical and psychological elements of womanhood, religion, government and societal development from a female perspective. We are delighted that ‘Barakat’ has won this prestigious award as the film challenges  the preconceived narratives around the Cape Flats and Coloured communities, and shifts the focus away from violence and onto the celebration of life and culture, and the importance of family.”

‘Barakat’ tells the story of widow Aisha Davids who has to preserve the peace between her four sons after they all still struggle to come to terms with the death of their father, two years after the fact. Zunaid, Zaid, Yaseen and Nur, who return to the family home to celebrate Eid-ul-Fitr (or Labarang as it’s called in Cape Town) the celebration that marks the end of the month-long dawn-to-sunset fasting of Ramadan, have never really dealt with their father’s death and the void he has left behind. Each son’s unprocessed pain manifests in how they are constantly fighting with each other, saddening their mother as she tries to move on with her own life. Although the film focuses on the Davids’ family drama, there are many laugh-out-loud moments in what is sure to be a gripping contemporary tale.

‘Barakat’ was filmed in Lansdowne and Athlone on the Cape Flats and features one of the local mosques. Because the story deals with a Cape Muslim family and many members of the production team are also Muslim, no filming took place on Fridays to respect the tradition of Jumu’ah, a prayer that Muslims hold every Friday in congregation. This was important for the producers, as they wanted to respect tradition and culture in the making of the film.