Emmy-worthy shows: Watchmen, Insecure, What We Do In The Shadows, Ramy, Zendaya and Succession

Home /Entertainment/Emmy-worthy shows: Watchmen, Insecure, What We Do In The Shadows, Ramy, Zendaya and Succession 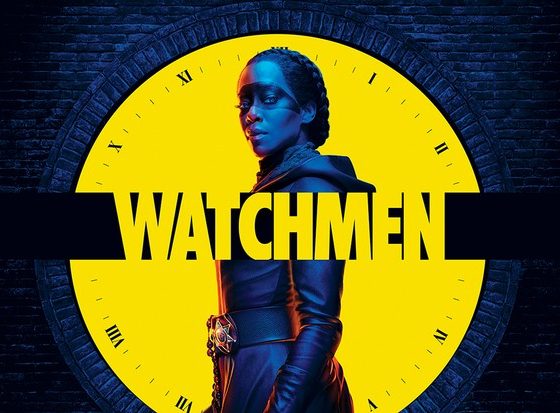 The Emmy nominations show HBO’s Watchmen leading the way with 26 nominations. Insecure and What We Do In The Shadows earned their first Best Comedy nominations; Ramy Youssef nabbed his first Best Actor and Best Director in a Comedy nominations for Ramy; Zendaya earned her first ever Emmy nomination, as Best Actress in a Drama, for Euphoria; and Jeremy Strong and Brian Cox  are up for Best Actor in a Drama for the first time, for Succession.  Other first time Supporting Actor nominees include Succession stars Nicholas Braun, Kieran Culkin, Matthew Macfadyen and Sarah Snook, as well as Nigeria’s Yvonne Orji (Insecure).

“Despite the unprecedented challenges facing the entertainment industry, it has been an extraordinary year for television,” said Television Academy Chairman and CEO Frank Scherma. “Television has inspired, united and comforted a global audience this season. We are honoured to be recognizing so many of the talented programs, producers, directors and craftspeople behind the remarkable storytelling that has brought us together while we remain apart.”

Content currently available on Showmax has a whopping 113 nominations, with more nominees coming soon. This includes:

Inspired by Alan Moore and Dave Gibbons’ iconic DC graphic novel, Watchmen was the best reviewed new TV show of 2019 on Rotten Tomatoes, with a 95% critics rating. Created by Damon Lindelof (Lost, The Leftovers), the nine-part series was the#1 show of last year for the likes of Empire, Mashable, Vox, and Washington Post, where Hank Stuever said the show takes “my breath away with its bracing vision of racism, mask-wearing vigilantism and super-heroic qualms in a skewed-reality America.”

In Succession, four very rich siblings behave very badly as they try to win their father’s approval – and control of his company, a global media empire. In Season 2, the Roys meet their liberal counterparts as Logan attempts to orchestrate his biggest acquisition yet.

Succession, which won Best TV drama at the 2020 Golden Globes, topped numerous Best of 2019 lists, from AV Club to The Guardian to Uproxx. As The Guardian said: “2019 was the year HBO threw millions upon millions of dollars at the final season of Game of Thrones, only to have another of its shows blow it out of the water entirely. That show was Succession, Jesse Armstrong’s dizzyingly seductive drama about a billionaire media family, which became a runaway hit with its second series. A veritable powerhouse, Succession contained all the things that had once drawn us to Westeros: power, wealth, loyalty and sheer nastiness.”

The Handmaid’s Tale is up for 10 Emmys this year, including Best Drama, Supporting Actor (Bradley Whitford as Commander Joseph Lawrence), Supporting Actress (2018 Emmy winner Samira Wiley as Moira), and Guest Actress (2017 Emmy winner Alexis Bledel as Emily). Elisabeth Moss was snubbed this year as June, a role that earned her Best Actress awards at the 2017 Emmys and 2018 Golden Globes.

Season 1 was based on Margaret Atwood’s classic novel of the same name, which won the first Arthur C. Clarke Award for its depiction of Gilead, a totalitarian society in what was formerly the United States, which has returned to ‘traditional values,’ with women treated as property of the state.

Season 3 has a 81% critics rating on Rotten Tomatoes, where the critics consensus says, “The Handmaid’s Tale‘s third season reigns in its horrors and inspires hope that revolution really is possible.”

WHAT WE DO IN THE SHADOWS S2

What We Do In The Shadows is having its best Emmys year yet, with eight nominations, including its first for Best Comedy and three Best Writing nominations.

From Jemaine Clement (Flight Of The Conchords) and 2020 Oscar winner Taika Waititi (Jojo Rabbit, Thor: Ragnarok), the hit mockumentary What We Do In The Shadows is a look into the daily (or rather, nightly) lives of three vampires who’ve lived together in New York for over 100 years – plenty of time to get on each other’s nerves.

Season 2 is #9 on Rotten Tomatoes’ list of the Best TV Shows of 2020 So far, with a 100% critics rating. As the Season 1 critics consensus on Rotten Tomatoes put it, What We Do In The Shadows is “delightfully absurd and ridiculously fun… A mockumentary worth sinking your teeth into.”

Season 2 of What We Do In The Shadows releases on Showmax this Saturday, 1 August 2020.

Insecure centres on friends Issa and Molly in what the Rotten Tomatoes critic consensus hails as “an insightful, raunchy, and hilarious journey through the life of a twentysomething black woman that cuts through stereotypes with sharp wit and an effusive spirit.”

As The Peabody Awards put it, “Rae delivers a ground-breaking series that captures the lives of everyday young black people in Los Angeles with a fresh and authentic take. Breaking away from tired and familiar representations of ‘diversity’ on television, this series offers a fun and intimate portrayal of work, relationships, and the ordinary experiences of the two young black women at its center.”

Insecure is the most nominated show, with Watchmen, at the 2020 Black Reel Awards and was named TV Program of the Year at the 2018 American Film Institute Awards.

Euphoria is up for six Emmys, including Zendaya’s first-ever Emmy nomination, for Best Actress in a Drama as 17-year-old Rue, who returns home from rehab with no plans to stay clean, and falls for the new girl in town, Jules (played by trans superstar Hunter Schafer).

Zendaya won the 2019 People’s Choice Award for Favourite Drama TV Star for her role in this adults-only high school drama series, as well as a Satellite Award for Best Actress in a Series. She was also nominated for a Critics Choice Award. The series also won the Camerimage TV Pilots competition and Best Music Supervision from The Guild of Music Supervisor Awards, and earned a 2020 GLAAD Media Award nomination for Outstanding Drama Series, a Queerty nomination for Best Series, and a BAFTA nomination for Best International Series.

Euphoria has an 8.3/10 rating on IMDb and a 82% critics rating on Rotten Tomatoes, where the consensus says, “Euphoria balances its brutal honesty with an empathetic – and visually gorgeous – eye to create a uniquely challenging and illuminating series, held together by a powerfully understated performance from Zendaya.”

McMillion$ is up for five Emmys this year, including Outstanding Documentary or Non-Fiction Series, Writing, and Editing.

The six-part HBO documentary investigates the biggest scam in the history of fast food: the rigged McDonald’s Monopoly competition that offered its US customers in the ‘90s the chance to go out for a burger and come home with $1 million. The scam ran for over a decade, had links to organised crime and netted $24 million worth of illegal profits.

McMillion$ has an 89% critics rating on Rotten Tomatoes, with The Hollywood Reporter saying, “McMillion$ tells a quirky and frequently hilarious tale filled with enough twists and turns that you’ll swear it came from the keyboard of a Carl Hiaasen or Elmore Leonard.”

Little Fires Everywhere is up for five Emmys, including Best Limited Series, Directing, and Lead Actress (Kerry Washington as Mia).

Little Fires Everywhere has an 80% critics rating on Rotten Tomatoes. The Guardian calls it “moreish, searing, excellent”, while CNN says it’s “one of those rare multi-generational dramas where the arcs involving the kids are every bit as good as the adults’.”

Ramy is up for three Emmys: Best Actor in a Comedy and Best Director for creator Ramy Youssef, as well as Best Supporting Actor for two-time Oscar winner Mahershala Ali (Moonlight, True Detective) as Sheikh Malik.

Ramy stars 2020 Golden Globe winner and stand-up comedian Ramy Youssef as Ramy Hassan, a first generation Egyptian-American in politically divided New Jersey, where he’s caught between a Muslim community that thinks life is a moral test and a millennial generation that thinks life has no consequences.

The Emmy-nominated Season 2 comes first to Showmax on 1 November 2020; in the meantime, binge Season 1 now.

HBO’s A Black Lady Sketch Show is one of three nominees in the Outstanding Variety Sketch Series category at the Emmys, where it’s also up for Directing and Guest Actress (Angela Bassett).

Creator Robin Thede (host of BET’s The Rundown with Robin Thede and head-writer for The Nightly Show with Larry Wilmore) executive produces, writes and stars, with Issa Rae (Emmy and Golden Globe nominee for HBO’s Insecure) producing and guest starring.

Hollywood Reporter hailed the show as “energetic, funny and wonderfully distinctive” and PopBuzz as “sharp, entertaining and seriously overdue.”

Bad Education, nominated for Outstanding TV Movie, is based on the real-life scandal that went down at writer Mike Makowsky’s high school, where a student journalist uncovered the single largest public school embezzlement scheme in America’s history.

The movie follows Frank Tassone (Hugh Jackman, who is up for Best Actor for the role) and Pam Gluckin (Oscar winner Allison Janney), whose reign over a prestigious school district is threatened by the embezzlement scandal, forcing Frank to take drastic steps to maintain order and secrecy.

Bad Education has a 93% critics rating on Rotten Tomatoes, where the critics consensus is, “Anchored by an outstanding Hugh Jackman, Bad Education finds absurd laughs – and a worthy message – in the aftermath of a real-life scandal.”

Rick and Morty is nominated for Best Animated Program, where it’s competing against Big Mouth, Bob’s Burgers, BoJack Horseman, and The Simpsons.

Rick Sanchez is a sociopathic genius scientist who lives with his daughter Beth’s family, constantly bringing her, his son-in-law Jerry, granddaughter Summer, and inherently timid grandson Morty on insanely dangerous adventures across the multiverse.

Adult Swim’s half-hour animated comedy is the highest-rated animated series of all time on IMDb, with a 9.2/10 rating, and has won an Emmy, two Annie Awards and a Critics Choice Award, among other honours. Season 4 has a 94% critics rating on Rotten Tomatoes, which praises the season as “both an exciting progression and a delightful return to form that proves more than worth the two-year wait.”

Robot Chicken is one of three nominees for Best Short Animated Program, for its Christmas special, Santa’s Dead (Spoiler Alert) Holiday Murder Thing Special – think Murder of the North Pole Express, with Inspector Jesus on the case and a train full of fairytale suspects.

Robot Chicken uses stop-motion animation to bring pop-culture parodies to life in a modern take on the variety/sketch show format. In its decade of existence, the show has attracted A-list pop culture voiceover talent, from George Lucas and Scarlett Johansson to South Africa’s very own Charlize Theron. The show includes both original characters and hundreds of parody characters from pop-culture franchises like Star Wars, DC Comics Universe, and now, The Walking Dead.

Having just aired its 200th episode, the six-time Emmy-winning series remains among the top-rated original series on Adult Swim.

It’s no surprise that three-time Oscar nominee Mark Ruffalo (Spotlight, Avengers) is up for Best Actor in a Limited Series for his dual role in I Know This Much is True as identical twin brothers, one of whom is a paranoid schizophrenic.

As The Los Angeles Times predicted, “In a transformative feat that seems all but guaranteed to earn him an Emmy nomination, Ruffalo plays both the Birdsey brothers. He lost 20 pounds before production began, then spent 16 weeks filming his scenes as the aggressive Dominick. Then he took six weeks off, gained 30 pounds by subsisting on oatmeal and mashed potatoes, and returned as the more vulnerable Thomas.”