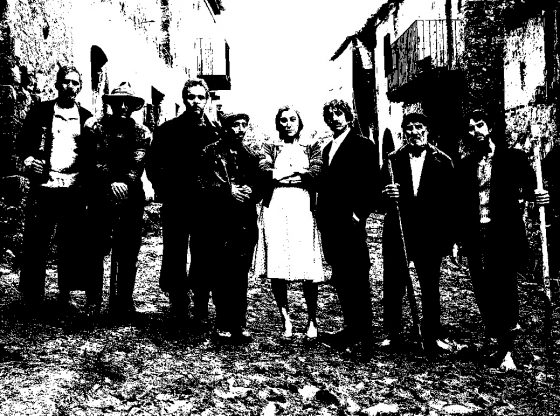 The XIXth Italian Film Focus will taking place in Cape Town at the Labia Theatre from 28 November to 3 December. The selection includes recent and acclaimed films, all presented at major international festivals, ranging from everyday life stories about comical family conflicts, to mental and physical disability and the inevitable topic of the mafia. A delegation of filmmakers will be presenting their films, meeting with local film industry and engaging in educational activities at local film schools.

The event is organized by Controluce, an association of film authors with the mission to promote Italian cinema and cultural and professional exchanges outside Europe. The collaboration with South Africa began with the Cape Town festival in 2001, where Italy, with the first edition of this event was the first European country to present a Film Focus. Thanks to this deep bond, Italy was also the first European country to sign a film co-production agreement with South Africa in 2005. So far, six feature films and two documentaries have been made.

More about the films:

The city is no longer portrayed as an extreme place of marginalization and violent conflict, but as an opportunity to meet. There, characters float and sometimes drown among existential and economic crises, fears and small satisfactions, family disagreements and great loves (that almost never last), possible dreams and funny manias…

A corollary of “urban experiences” shows us how inadequate, clumsy and therefore amusing we really are. Whether it is the issue of physical and mental disability or the inability to deal with one’s own children, this cinema favors the investigation of daily life. Stories that could very well be of our neighbour, that don’t need striking gestures, heroism or gunfire to be interesting and engaging…

It takes sensitive and experienced filmmakers, capable of entering lives and homes to reveal what has always existed, with a personal eye/lens that becomes vision and a representation of multifaceted individualities. So we have Francesca Archibugi who signs a film on family dynamics, with names of caliber like Paolo Virzì and Francesco Piccolo. Furthermore we have Gabriele Salvatores, who also relies on a top screenwriter such as Umberto Contarello, a former collaborator of Bernardo Bertolucci and faithful pen of Paolo Sorrentino, to tell us about the intense relationship between a father and a “different” son.

The theme of diversity is also addressed by a much younger director, Federico Bondi, with a delicate yet effective touch, without ever surrendering to sentimentality. Here too, an elderly father and a teenage daughter with down-syndrome start on a search journey, in the end it’s no longer clear who is leading who and who is “following”. The father/teacher-son/pupil relationship is found once more in THE CHAMPION, another promising debut, with Accorsi always playing his part with thoughtful measure and credibility.

We will hear gunfire from the more mature directors. More precisely, the shot of an ancient shotgun, (the “lupara”) closing the plot just as it is meant to do, with the villain’s death, the “mafioso”. This happens in the only movie in costume that will be presented: ASPROMONTE, LAND OF THE FORGOTTEN by Mimmo Calopresti. But it is not enough to kill the Mafia member, or to rebel. The Last Ones leave because there is nothing left to fight for and the only solution left is to run away.

In the intriguing comedy AN ALMOST ORDINARY SUMMER the roles are inverted. Fathers reveal to their children what they themselves would not like to hear, all the while looking for a normality that does not exist. The talented Anna Foglietta is not her reassuring self in PARENTS IN PROGRESS. She plays the role of a generous mother who organizes her child’s party with meticulous mania, a party that is going to deflagrate in front of the shocked children when all the parents give in to their cumulative neurosis.

The list of Italian films cannot be considered complete without a film about the universally famous and most cinematographically narrated Italian criminal phenomenon, the Mafia. But this time there are no shootings and explosions, we need the eye of an intellectual like the Sicilian director Roberto Andò, weaving different levels of narrative and temporality. He plays with identities, with true and false, in life as well as in art. STOLEN CARAVAGGIO is in fact the story of a very famous painting by Caravaggio stolen by the Mafia and about the alleged blackmail to the government: if you don’t make a deal with me, I will destroy your most beautiful things besides your best servants, your magistrates and policemen. Unfortunately in 1998 this threat was actually carried out for real with the bombings in Via dei Georgofili near the Uffizi museum in Florence, in the two churches of S. Giovanni in Laterano and S.Giorgio in Velabro in Rome, and in the Gallery of Modern Art in Milan.

Another brilliant work, presented at the Venice Film Festival, is THE MAYOR OF THE RIONE SANITA ‘, a filmic re-reading of Edoardo de Filippo’s theatrical text by a prestigious director such as Mario Martone, who as a matter of fact originates from theatre himself. Here the internal fight within the mafia family that controls the densely populated district of Naples, illustrates the existence of a widespread cultural substrate where the laws of the state run in parallel with other archaic codes. Oppression and violence are hidden behind an apparent kindness and attention to the needy.

This year Italy has lost one of its greatest filmmakers, Bernardo Bertolucci. We want to remember him with a brief excerpt of an interview of a few years ago on the subject of cultural diversity that was very dear to him.

So we will see a roundup or an overview, you choose, that is current and very rich, where laughter is tinted by a bitter aftertaste, where your feelings are touched, but without ever taking yourself too seriously. In short, it’s a “human comedy” made in Italy. A real “delicacy” not to be missed!

Throughout the years the Italian delegations have always been composed of directors, actors and producers of prestige, starting with Paolo Sorrentino and Paolo Virzì, Silvio Orlando, Luigi Lo Cascio etc. Controluce e has always had an active part in the process of introducing authors to producers.

The presence in Cape Town of a delegation of filmmakers offers the opportunity to continue the relationship with the vital local film industry.

Training is a very important aspect of the mission and has developed over the years. This has led to exchanges which have introduced South African cinema to Italy and South African students to visit Italian universities and film schools. This relationship has seen our younger audience grow.

Seminaries and meetings with local film students will be taking place at Varsity College and AFDA.