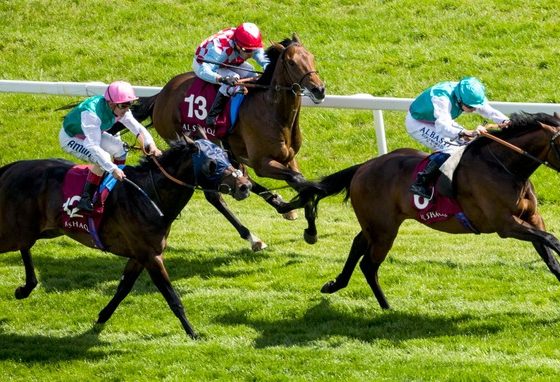 Some of the country’s top horses, including Sun Met winner Rainbow Bridge and Vodacom Durban July and L’Ormarins Queen’s Plate winner Do It Again, could be on the card to celebrate the opening meeting of Champions Season 2019 at Greyville in Durban on Friday, May 3.

The two equine stars are among the 25 entries for the R500 000, Grade 2 Independent On Saturday Drill Hall Stakes which, together with the R600 000, Grade 2 KRA Guineas and R500 000, Grade 2 KRA Fillies Guineas, raise the curtain on the three-month festival of racing operated by Gold Circle from May to July that incorporates the world-acknowledged R4.25-million, Grade 1 Vodacom Durban July.

Rainbow Bridge, from the stable of Eric Sands and the Justin Snaith-trained Do It Again will be making their first track appearances since filling the first two places in the Sun Met and are both aimed at the country’s premier race on the first Saturday in July. If confirming their participation, they could be joined by the fourth-placed Sun Met finisher Undercover Agent as well as Gauteng Guineas winner National Park and Cirillo, the runner-up to the star Mike de Kock winner of the Horse Chestnut Stakes, Soqrat. The Pomodoro colt Cirillo from the Sean Tarry stable has also been nominated for the KRA Guineas.

The two three-year-old classic races have also drawn strong entries with the Australian-bred colt Soqrat, that heads the current “status log” among the colts, being a major draw card having also run second in the L’Ormarins Queen’s Plate and third in the Hawaii Stakes.

Among the 18 entries there is also the winner of the SA Derby Samurai Warrior as well as runner-up to Atyaab in the Investec Cape Derby, Charles, and Politian Stakes winner Twist Of Fate.

Among the 21 entries for the KRA Fillies Guineas is the runner-up to Return Flight in the SA Oaks, Blossom, and the exciting De Kock-trained Australian-bred filly Nafaayes that won the Gauteng Guineas, finished second to Return Flight in the SA Fillies Classic and third to Camphoratus, surprise winner of the Grade 1 Princess Charlene Empress Club Stakes at Turffontein last weekend.

In that race just ahead of Nafaayes was the Gauteng Fillies Guineas runner-up Running Brave while the Cape entries include the winner of the Jamaica Handicap at Kenilworth in January, Princess Irene from the Brett Crawford stable that has also nominated their Cape Fillies Guineas winner Front And Centre that followed that up with a third place behind Clouds Unfold in the Grade 1 Majorca Stakes.