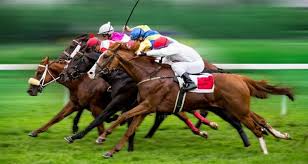 After a tumultuous week of outspoken challenges against the Special Resolutions brought by the Gold Circle Board before their Members, the 4 motions failed narrowly to receive the 75% required, achieving support of between 70-72% for each vote.

Business rescue was a looming threat for the Operator and would have been the likely course of action had it not been for the generosity of Hollywoodbets to offer an unsecured loan of R40m to Gold Circle. “It would have been a tragedy for all the stakeholders if racing had to stop when the company went into business rescue, said Michel Nairac, CEO of Gold Circle. He continued “I am relieved that the stakeholders who depend on racing can continue to benefit from it. Ï am grateful to Hollywoodbets that racing will continue uninterrupted until the next Special General Meeting can be convened”.

Speaking on behalf of the Hollywood Sportsbook Group, Basil Thomas said “It is no secret how difficult things have been for stakeholders in the horse racing industry over the past few months. Severe hardship and real anxiety has been experienced by participants, that extend way beyond Gold Circle Racing Club. Grooms, Trainers, Jockeys, Breeders, Owners, Tote Agents, Suppliers…the list is endless.

“So much good work has been done to get horses back on the track. In short, it would have been a disaster if racing had once again been interrupted for an extended period. The KZN Winter/Champions Season is the flagship of the national racing calendar. For it to not be completed would be the unnecessary raising of the white flag.

“Hollywoodbets is averse to ‘racing politics’. We are not picking a side and we have no desire to be caught in the middle. We have one agenda – that is to apply our resources – financial and human, to supporting Gold Circle in its quest to return to profitability. The natural consequence of that objective, if successful, will be a stronger and sustainable future for KZN Racing. The events of the past week could well have resulted in unintended or unanticipated consequences. We are pleased that such consequences have been averted.”